The United Nations Millennium Campaign screened a sneak preview of their latest Virtual Reality film, Waves of Grace on Friday 10 July at the United Nations. Its premier was planned in conjunction with the United Nations Secretary-General’s International Ebola Recovery Conference, hosted to ensure affected countries receive the support they need to end the epidemic and continue countries on the path to recovery.

Waves of Grace follows a young woman’s struggle for life amid the Ebola epidemic. The movie is the result of collaboration between the UN Millennium Campaign, Vrse.works and Vice Media, and was created to call attention to the obstacles faced by Ebola survivors. The movie transports viewers to West Point, Liberia and follows the experience of Decontee Davis, an Ebola survivor who uses her immunity to help others affected by the disease.  The VR experience captures the Liberian tragedy from illness to recovery, mourning to perseverance.  It is part of a larger initiative of the United Nations Millennium Campaign to fight donor fatigue on the world’s most pressing challenges.

“Development achievements can be quickly reversed due to crises such as the Ebola epidemic” said Mitchell Toomey, Director of the UN Millennium Campaign. “If the world does not focus on helping the most vulnerable and building resiliency in recovering communities, development goals and targets will not be met. Thus it is hoped that this film may aid the United Nations’ efforts to draw attention to the lasting impact of the Ebola crisis, as well as the need for continued support for those affected by the disease.”

“The Ebola crisis has captivated the world in its devastating effects over the last year and a half. However, the individual stories behind the numbers are often not told.  Decontee’s story captures the strife and spirit of the communities across West Africa in the wake of the Ebola epidemic. It is hoped that this second VR experience will promote greater understanding of the socio-economic impact of the disease and empathy for those who continue to overcome it.” said Gabo Arora, co-creator of the film and Senior Advisor for the UN Millennium Campaign.

The film will be formally launched soon on the VRSE App. To sign up for more information on the Virtual Reality please visit: www.vr4dev.org. Stay tuned!

MY World in West Point, Liberia 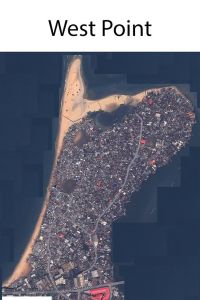 West Point is a slum located just outside Monrovia. It is home to an estimated 75,000 people. During the height of the Ebola epidemic, it was quarantined for 13 days. Although Liberia was declared Ebola free in May 2015 new cases continue from unknown sources as the virus is still active in the region.

MY World results were collected in West Point in May2014, as well as other poverty-stricken communities in Monterrado County by our partner, Citizens United to Promote Peace & Democracy (CUPPADL).

“We chose the communities previously mentioned because they have large populations with extreme poverty and poor access to social services despite the fact that they are so close to an urbanized capital. There are 40,000 inhabitants in the smallest community and 80,000 in the largest community.” (see more in the blog post here).

Humans of MY World in West Point with More Than Me!

MY World is partnering with More Than Me to highlight some of the individual stories of the people of West Point.

More Than Me is on a mission to make sure education and opportunity, not exploitation and poverty, define the lives of the most vulnerable girls from the West Point Slum of Liberia. The More Than Me Academy is the first tuition-free, all-girls school in Liberia, addressing every barrier to education students face. Yet this is not their only focus. During the height of the outbreak of Ebola, they partnered with the Ministry of Health (MOH) and other partners on the ground to address the gaps in the Ebola response. Their Academy became and continues to be a base as they focus on building resilience in the community by working directly with the people there to understand their needs. They are fully committed to ensuring all Liberian children receive a strong education now so that they grow up with the knowledge and capacity needed to handle their country’s challenges head on, and to protect their most vulnerable citizens. Like MTM on Facebook for more info! 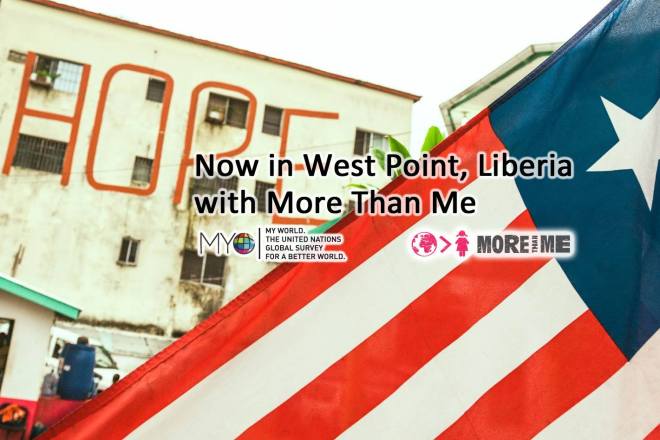